Presearch.org is an awesome decentralized, unbiased and uncensored SEARCH ENGINE that even pays you for searching. – How to set up a PRESEARCH node and earn passive income.

To sign up please use this working Presearch.org coupon link:  Get 25 PRE tokens for free!

You will earn more PRE tokens by just using the search engine, but you can earn even more by setting up a Presearch node.

A node is basically a computer that helps the network to compute and distribute search results.

Another very good VPS provider is https://dedipath.com – they have different locations in the US even for the cheapest plan of $20/year! So far their server seems to be very fast and the reliability score also went up faster than normal. I will post an update about my experience with Dedipath soon! (512 MB RAM – 1 Core – 10 GB SSD – 1 TB @ 1 Gbps)

IMPORTANT: Don’t waste your money using a better VPS for your Presearch node than the minimum requirement. You likely won’t earn more #PRESEARCH tokens but you will spend more for the same return. I’ve tried it with one node, which means that I’ve doubled RAM (1 GB instead of 512 MB) and bandwidth (2 TB instead of 1 TB) but the return is the same as with the smaller VPS, at the same location from the same provider. (March 2022)

How to set up a PRESEARCH node

I did my Presearch Node setup on a Mac and the following video describes it perfectly. Just follow this video step by step and you will finish your setup in no time! Amendment: The new requirements are 2000 PRE tokens per node (March 2022).

There’s also a possibility to buy Presearch tokens directly on Presearch.org but fees and slippage are pretty high.

Reliability Score Presearch Node: It will take a few days until your reliability score is high enough to actually earn some nice passive income.

As a node operator, you may be eligible to receive current or future Presearch NFTs. Please connect your Web3 wallet on the NFT Wallet page if interested.

Do you support decentralization and an open internet that isn’t dominated by a handful of Big Tech companies?

Now you can be part of the solution by operating a Presearch Node and helping to power the Presearch decentralized search engine.

Replace: XXXyourPRESEARCHregistrationCODEXXX with guess what… “Your node registration code” which you will find here: https://nodes.presearch.com/dashboard

It’s easy to get started!

Presearch nodes with fast internet and low latency connection to the Presearch Gateway are currently prioritized. You do not need much disk space, much memory, or much CPU current to run a node, and running a more powerful server does not currently increase node rewards. We recommend running many lightweight nodes to optimize your reward earnings relative to your server costs.

Rewards are paid to all node operators who stake at least 2,000 PRE to their node.

Each of your staked nodes will qualify for the base reward paid to incentivize participation in the network.

Those who stake more than 2,000 PRE to their node are eligible to earn additional rewards.

For complete information on how staking works, please visit https://nodes.presearch.org/rewards

Presearch is a Decentralized Search Engine

Learn about the Presearch ecosystem

Presearch is building a complete ecosystem to support the PRE token and provide the world with a decentralized search engine that is powered by the community, for the community.

How to set up a PRESEARCH node

If your Presearch Node is running into connection or other problems, please watch the following video

How to set up a Presearch node? Which VPS to use?

How to set up a Presearch node? Which VPS to use?

I’ve had several occasions where one or several of my PRESEARCH nodes went offline. All I had to do was to reboot the according VPS server. This is normally easy to do by just logging in to your VPS provider’s dashboard and push the “Reboot” button.

One thought on “How to set up a PRESEARCH node in 5 minutes!” 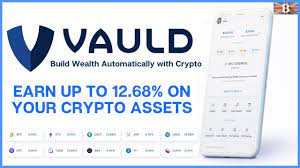